We are seeing an increasing number of live webinars or webcasts being subtitled afterwards. Subtitling these types of broadcasts has many advantages and also ensures that the broadcast becomes accessible to anyone with a hearing impairment (1 in 10 people have a hearing problem!).

Subtitles in their own language or another language

Advantages of subtitling a webcast or webinar

In addition to making the broadcasts accessible to people with a hearing impairment, there are other benefits that can increase the reach of the broadcast:

More and more people watch videos without sound. For example: 85% of the videos on Facebook are viewed without sound! By subtitling videos you involve these viewers directly in the broadcast.

Examples of subtitling a webcast or webinar

Below 2 examples of webinars that are subtitled. To display the subtitles you must first click on the [CC] button in the webinar player.

The Netherlands Organisation for Scientific Research has broadcasted its webinar on the Dutch National Research Agenda in English and also subtitles in English. See the example below.

NN Investment Partners has organised an English-language webinar and subtitles it in Italian, see the example below:

Do you want more information about subtitling your webcasts or webinars? Call us or contact us by filling in the contact form.

Both documents and video reports in one tool, excellent!

We are now able to connect with our citizens.

This webinar was the perfect example of how all employee communication should be done.

BAM attaches great importance to good communication with its stakeholders, in particular the shareholders. 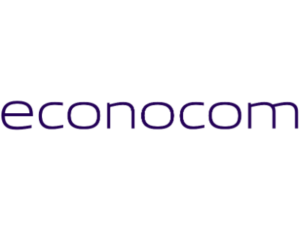 We chose Company Webcast because of the good reputation, the international possibilities and their expertise in the complex world of webcasting.

The main reasons for using a webinar are the live interactivity, the lively presentation and the emotions that are engaged during the discussion.